Plant a tree in memory of Evan
An environmentally-friendly option 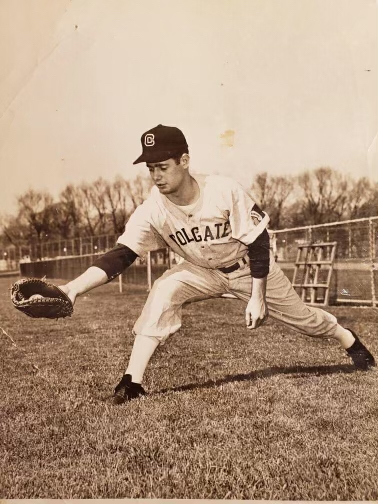 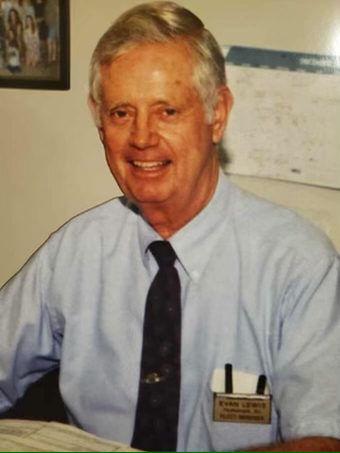 Evan Lewis, 86, who passed away on March 23, would say, "Do not cry about my death.  I am at peace in Heaven now watching over you.  Remember our memories together and laugh at my silly jokes. Continue to live your life to its fullest. We will meet again someday."

Evan was preceded in death by his wife of 56 years, Patricia.  He was a hard-working father of nine children who survive him: Dale Lewis Mitchell, Robin Lewis-Dimond, Colleen Lewis Hernandez (Mickey), Wendy Lewis Hudson (Gary), Jill Lewis Stites (Sid), Noelle Lewis, Matthew Chipman Lewis (Tina), Heather Lewis (Bob) and Megan Lewis (Ian).  He had 19 grandchildren (one preceded him in death) and 15 great-grandchildren.  With a lifetime filled with young children running around his house, one of his famous quotes was "slow down Charlie Brown."

Evan was born in Hackensack, NJ.  He was the youngest in his family with two brothers and one sister.  He grew up in Oradell, NJ.  He went to Colgate University on a baseball scholarship and tried out for the New York Yankees.  He graduated with a Geology degree in 1956.

Evan spent his entire career in sales.  After moving to Rockledge, FL from Kettering, OH in 1972, Evan spent more than 30 years selling cars at the car dealership now known as Mike Erdman Motors.  He sold cars to several generations in many families, as Evan was an honest, straightforward salesman.

Evan often worked long hours selling cars to support his family of 11.  He instilled in his children this same dedicated work ethic.  As his children became parents, he often shared with them the need to put work aside and not miss out on important milestones in their children's lives.  His children were well aware of how hard Evan had to work to provide for them, but also learned he regretted missing some important times in their childhood due to his long work hours.

Evan was a man of few words but the words he did share with his children made a strong impact on their lives and ability to become successful adults.  For example, he taught them all how to drive.  One piece of advice he gave while teaching driving was "if you get in a car wreck and you are not wearing your seat belt and you don't die, I will kill you."  That black and white piece of advice saved many of his children's lives (and also their friends' lives) and has been passed down to the next generations.

Even after his children were grown up and out of the house, Evan still had concern for children and their safety.  After years of worrying about cars and trucks going over the speed limit on Magruder Avenue putting children, adults and pets at risk, Evan successfully petitioned the City of Rockledge to put a speed bump in front of his house to encourage drivers to slow down.

Evan was a talented golfer and tennis player, when he had time off from work and family.  He also had a tremendous love for animals.  He rescued eight adult Golden Retrievers during his life, saving them from possible euthanasia.

His love of animals of any kind was obvious after he retired from car sales as he volunteered at the Florida Wildlife Hospital in Melbourne, FL.  Many pelicans kept there as they mended from injuries became his buddies as the pelicans often rode shotgun with him on the golf cart he drove while he was working there.

A Celebration of Life with friends and family will be held at a later date.  Evan touched many lives in his 86 years earning him recognition for a life well lived.

Evan was a caring and giving man to his family and friends, but he also donated his time and money to many charities in the community. In Evan Lewis' memory, donations to the Florida Wildlife Hospital and any Humane Society would be a great honor to him.

Plant a tree in memory of Evan by clicking here.
To send flowers to Evan's family, please visit our floral store.

A service summary is not available

Plant a tree in memory of Evan
An environmentally-friendly option

Plant a tree in memory of Evan

1 tree planted in memory of Evan

A Memorial Tree was planted for Evan Barrett Lewis

Plant a tree in memory of Evan